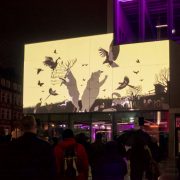 In December 2017, OMAi presented an audiovisual projection called “Märchenbrüder” in Marburg, Germany. The 10 minute piece was shown on the facade of the Erwin Piscator building several times each hour for one night. It was commissioned as part of the event Marburg B(u)y Night, an urban illumination festival that attracts several tens of thousands each year since 2006.

“Märchenbrüder” is a homage to Marburg’s Romantic period. Its protagonists are the brothers Grimm, as well some of the most famous poets of German Romanticism, who all met in the university town during a short but fruitful period.

The piece starts with a spring scene, referenceing both the Grimm brothers’ idyllic youth in their parent’s bee garden, as well as scenes from the fairy tale “The willow-wren and the bear”. 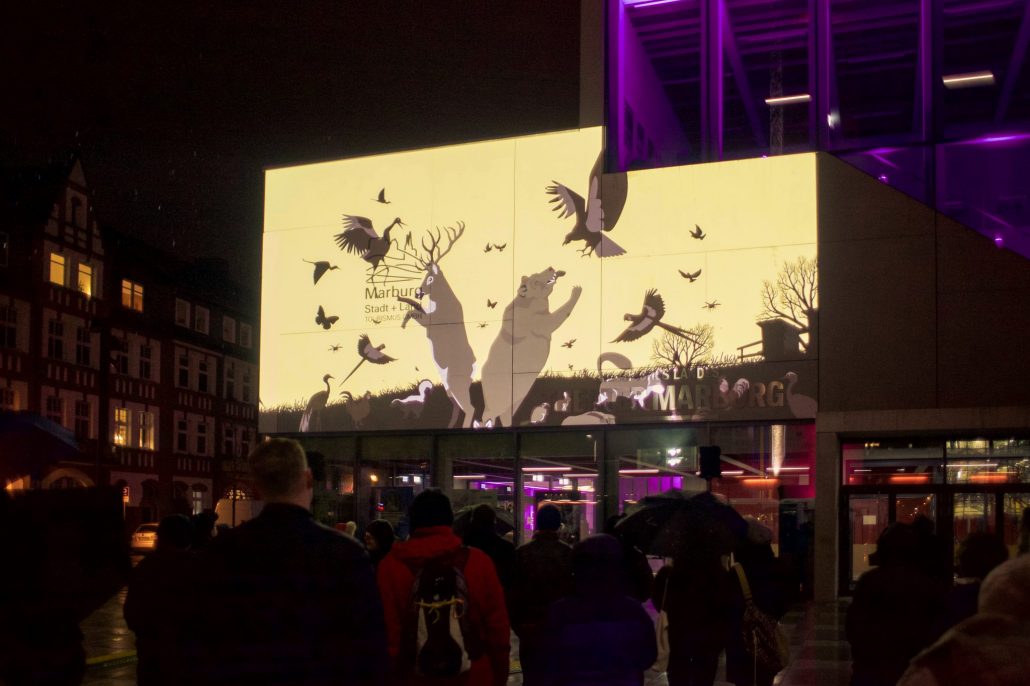 Then a sudden break: after their father’s death, the brothers have to make their own way in life. The piece shows how younger brother Wilhelm travels by horse carriage to Marburg, to start his studies there. He is in a sentimental mood — original quotes from one of his letters give insight into his thoughts. 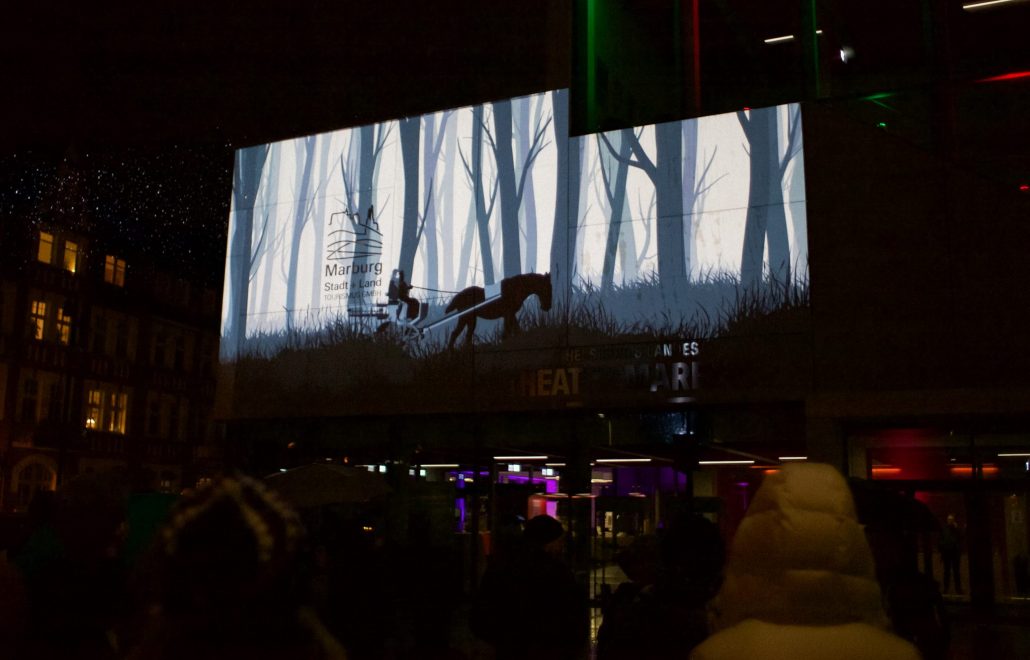 When he falls asleep, he is overcome by a vivid dream. In fragmentary visions of his future time in Marburg, he sees future friends and collegues, such as poet Sophie Mereau and Bettina von Arnim, as well as protagonists of the fairy tales that will make him and his brothers known around the world. 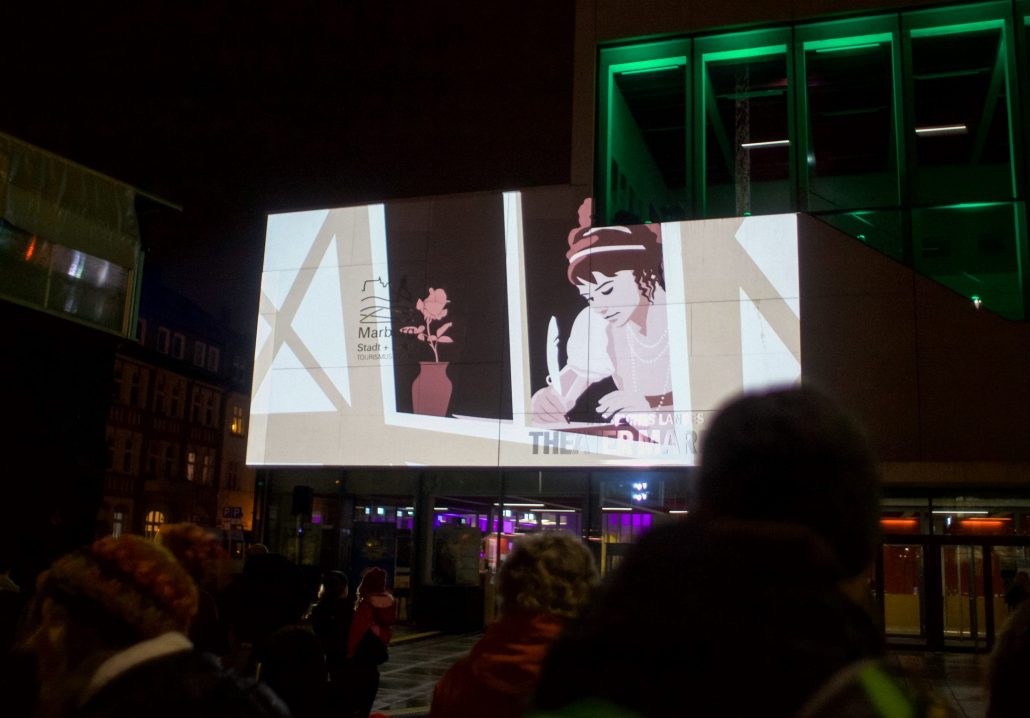 One of them, the “girl without hands”, becomes his spiritual guide and leads him up Marburg’s ubiquitous stairs to a tower overlooking the town, which inspired Bettina to write a beautiful passage in one of her letters. Like the poet did in real life, the girl without hands climbs up the tower and gazes into the distance until she feels as one with the foggy landscape. 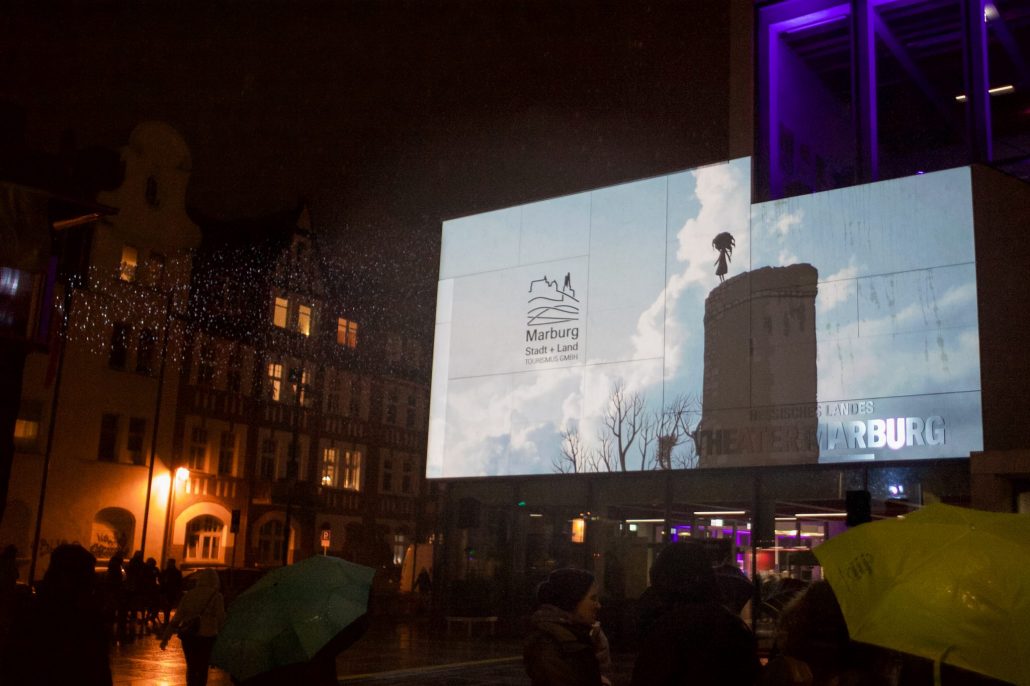 The soundtrack of the piece was composed and performed by Philip Zoubek. The voiceover track was spoken by Christian Reiner. OMAi’s Maki and iink are responsible for direction and the visuals.