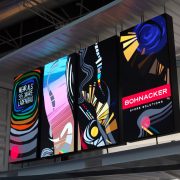 OMAi was contracted to create animated live paintings at Euroshop, one of the world’s leading trade fairs for the retail industry. We were working at the booth of Bohnacker, a German shop fitting company that operates globally. 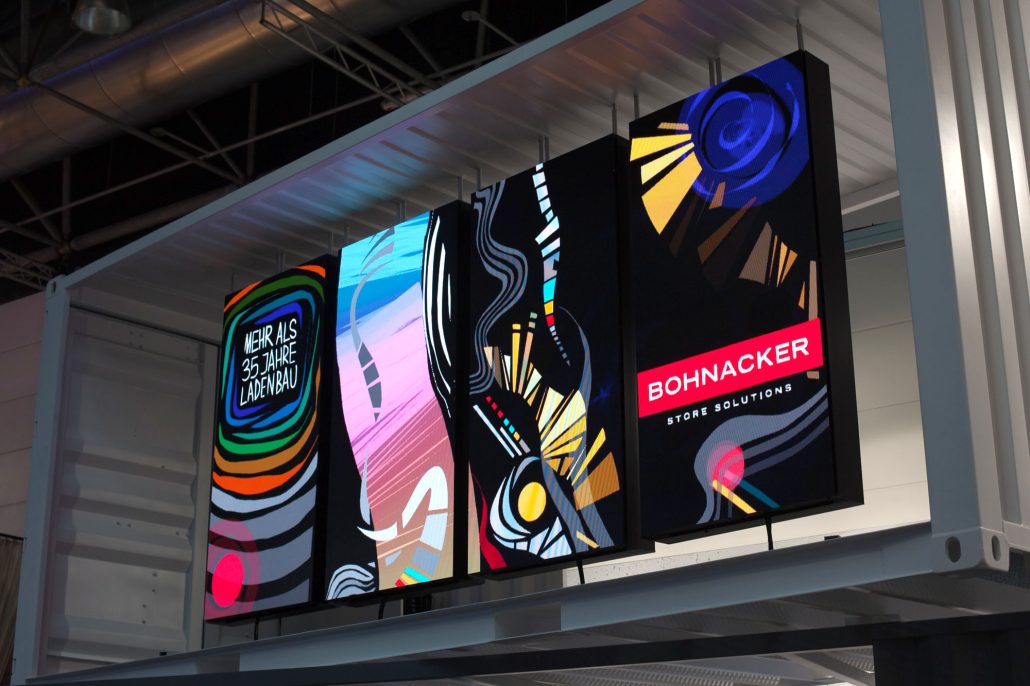 OMAi artists Maki & iink had the task of creating a living and breathing artwork that attracted people to the booth and reacted to its surroundings. Sometimes they incorporated spontaneous drawings and photos from the audience, other times they combined their hand drawings with pictures of shop displays. Over the course of the four days at the fair, the artwork shown on the four LED panels constantly evolved. 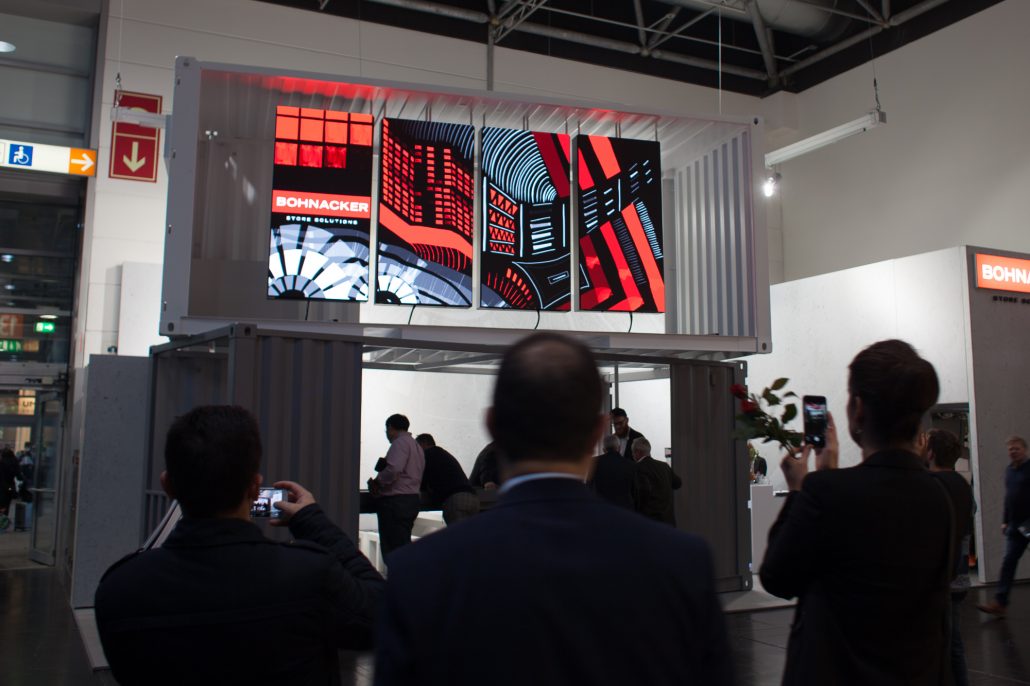 Each day a steady stream of people passed by the booth. Many of them had the “fair stare”, a common temporary condition caused by sensory overload. We managed to draw a lot of them out of it with small interactions that surprised them or made them laugh. This is the enourmous advantage of live content creation – it establishes a human connection!

A big thank you goes out to the Bohnacker team, and to everybody who worked on the booth with us!